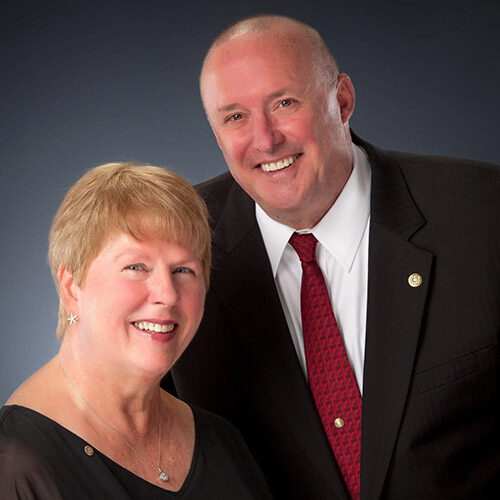 Originally from Wisconsin, where he until recently owned a manufacturing firm, Steve Schlueter and his Rotarian wife Pam moved to Anna Maria Island, Florida in January, 2002, and currently reside in Bradenton.

A Rotarian since 1998, he quickly found his Rotary niche in The Rotary Foundation where Pam and Steve are members of the Arch Klumph Society, Bequest Society, and Paul Harris Society.

Beyond his work with TRF, Steve’s primary focus for service is bringing clean water to the islands of the Caribbean and he has been awarded The Rotary Foundation’s Citation for Meritorious Service.

PDG Steve was the driving force behind our Global Grant water tank project in Babonneau and remains a friend of all Rotarians in Saint Lucia.

A Past District Governor and Past Rotary Foundation Chair, Steve is the RI President Holger Representative for our District confer3ence.

For pleasure Steve collects and plays vintage Fender Bass Guitars. His band, HIT N RUNN, is made up of five Rotarians that donate all proceeds from performances, CD sales, etc. to The Rotary Foundation.

All Sessions by Stephen Schlueter