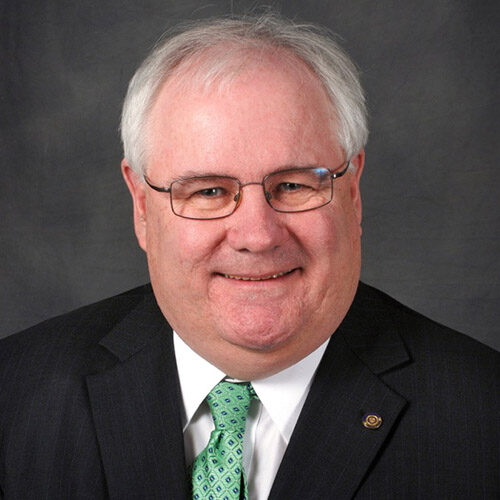 Mike McGovern has served as the Chair of Rotary International’s PolioPlus Committee since October 2014. In this role, he is the volunteer leader of Rotary’s largest humanitarian project, the global eradication of polio. Rotary is the spearheading partner of the Global Polio Eradication Initiative and has donated over $2.2 billion to ending polio and has worked with other partners to reduce the number of polio endemic countries from 125 in 1988 to 2 today. Mike also represents Rotary on the Polio Oversight Board and chairs the Finance and Accountability Committee of the Polio partnership.

He served his entire career with the Town of Cape Elizabeth, Maine USA beginning as an intern in 1977 and serving as town manager from 1985 to 2016. During his career he also led several boards including the Maine Municipal Association, the Maine Town and City Management Association and ecomaine. He currently serves on the board of Park Danforth, a not-for-profit retirement community and as chair of the Diocesan Review Board of the Roman Catholic Diocese of Portland.

All Sessions by Michael McGovern